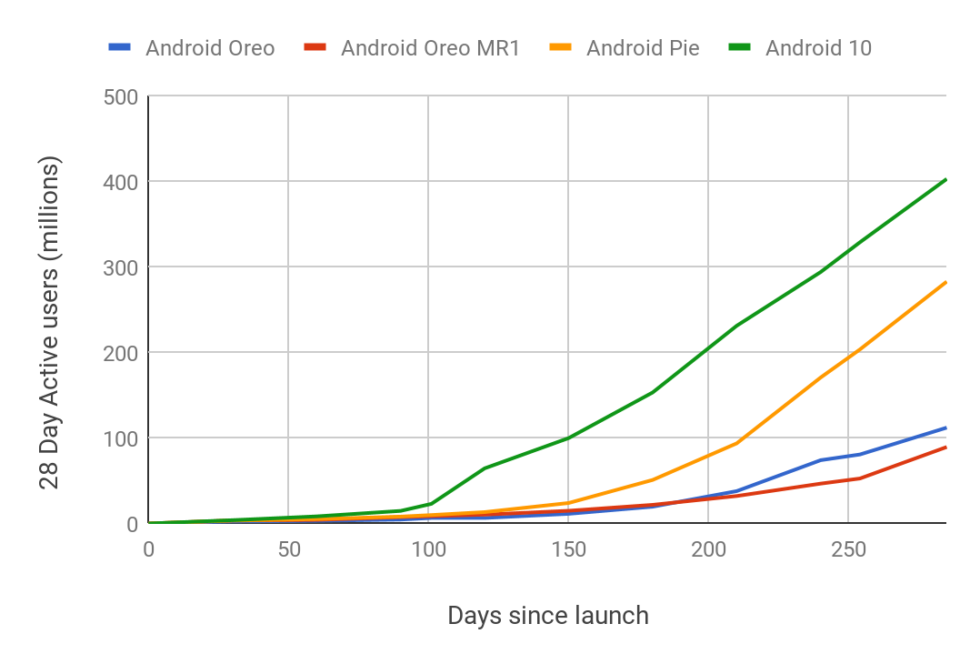 Google today dropped a blog post detailing its progress on improving the Android ecosystem’s update speed. The company has been hard at work for the past few years modularizing Android, with the hope that making Android easier to update would result in device manufacturers pushing out updates faster. Google’s efforts have been paying off, with the company announcing Android 10 has had the fastest rollout ever.

The last few versions of Android have each brought a major improvement to Android’s update system. Android 8 introduced Project Treble, which separated the OS from the hardware support, enabling easier porting of Android across devices. In Android 9 Pie, Google completed its work on Treble and started publishing Generic System Images (GSIs): drop-in versions of Android that work on any Project Treble-compatible device. Android 10 introduced Project Mainline and the new APEX file type designed for updatable lower-level system components, delivered through the Play Store.

Google’s stats show that all this work is actually improving the ecosystem. “Thanks to these efforts,” Google writes, “the adoption of Android 10 has been faster than any previous versions of Android. Android 10 was running on 100 million devices 5 months post launch—28% faster than Android Pie.”